The fact that he made a documentary in 1995 entitled PALOLO, SEE THE THOUGHT A RUN, little by little, gave rise to the desire for another documentary, of a more historiographical nature, about the group of artists who, since the end of the 50s, began to impose paths of great originality (and heterodoxy) from Évora. I'm talking about Joaquim Bravo, Álvaro Lapa and Palolo. JSM 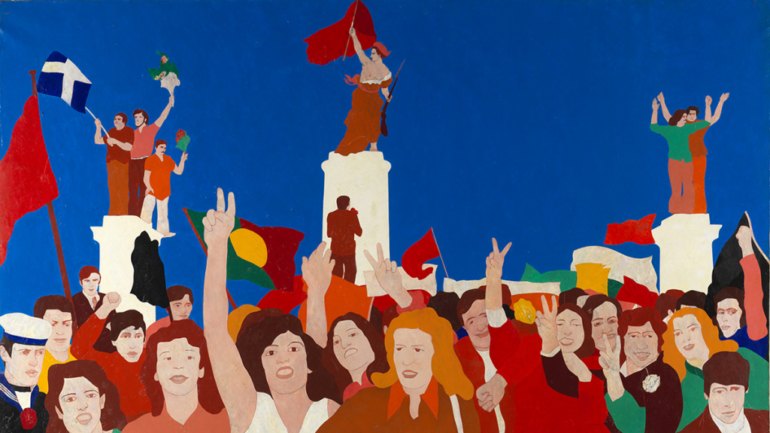 The work of Painter NIKIAS SKAPINAKIS from the exhibition ROOMS IMAGINÁRIOS which in June 2006 opened at the Vieira da Silva Museum. The film closely follows the work of one of the most important painters of the second half of the 20th century, namely in the area of ​​portraits (such crucial portraits as Almada, Natália Correia, Joel Serrão, Abelaira and Cochofel and the “Critics” that is in Brasileira) and what he, at one point, called “the portraits of absence.” The film has the collaboration of the artist himself and the essayist António Rodrigues.